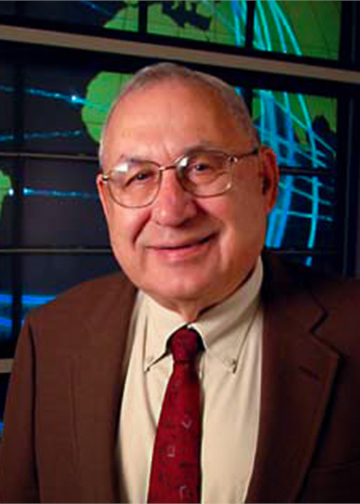 Julian Feldman left a tenured position at UC Berkeley in 1964 to join the original faculty of 25 at the fledgling campus at Irvine. It was his vision that led to the 1968 creation of an information and computer sciences department, which he twice chaired and would become – nearly four decades later – the first ICS school in the University of California system. He received the Extraordinarius Award which recognizes an individual who has prominently contributed to the UCI campus and exemplifies the spirit and purpose of the university. From 1969 to 1976, Feldman was the campus’s inaugural assistant chancellor for computing, a precursor to today’s position of assistant vice chancellor for information technology. In that role, he oversaw campus-wide computer resources, procuring state-of-the-art technology that facilitated both research and education. By the end of the 1960s, UCI’s ICS program was one of only a handful in the country offering graduate coursework in artificial intelligence – a decade ahead of most universities. Such forward-thinking innovations by Feldman won the young campus national recognition. Feldman graduated from high school during his junior year and was accepted directly into the University of Chicago. As a senior there, he got a perfect score on the GRE, then earned an M.A. in political science before pursuing a Ph.D at Carnegie Mellon University’s Graduate School of Industrial Administration.