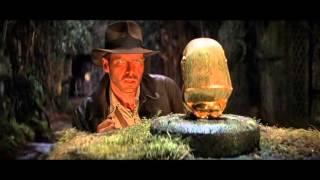 Here is a scene from the film the Raiders of the Lost Ark. 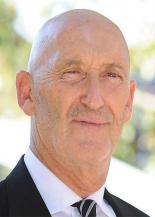 David Theo Goldberg, Ph.D., is the Director of the University of California Humanities Research Institute within the University of California system-wide research facility for the human sciences and theoretical research in the arts. He also holds faculty appointments as Professor of Comparative Literature, Anthropology, and Criminology, Law and Society at UCI, and is a Fellow of the UCI Critical Theory Institute. Professor Goldberg’s work ranges over issues of political theory, race and racism, ethics, law and society, critical theory, cultural studies and, increasingly, digital humanities. Together with Cathy Davidson of Duke University, he founded the Humanities, Arts, Science and Technology Advanced Collaboratory (HASTAC) to promote partnerships between the human sciences, arts, social sciences and technology and supercomputing interests for advancing research, teaching and public outreach. Currently, with Mimi Ito he is leading the building of the MacArthur-UCHRI Research Hub in Digital Media and Learning at UC Irvine, an on-site and virtual research facility designed to promote field-building in the area. He has authored numerous books, including The Racial State, Racial Subjects: Writing on Race in America, and Racist Culture: Philosophy and the Politics of Meaning. Earlier in his career, David Theo Goldberg produced independent films and music videos (some of which aired on MTV), and co-directed the award-winning short film on South Africa, The Island. 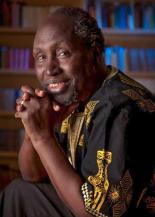 Ngũgĩ wa Thiong'o is Distinguished Professor of English and Comparative Literature at UCI. Ngũgĩ burst onto the literary scene in East Africa with the performance of his first major play, The Black Hermit, at the National Theatre in Kampala, Uganda, in 1962, as part of the celebration of Uganda’s Independence. In a highly productive literary period, Ngũgĩ wrote additionally eight short stories, two one act plays, two novels, and a regular column for the Sunday Nation. One of the novels, Weep Not Child, was published to critical acclaim in 1964; followed by the second novel, The River Between (1965). His third, A Grain of Wheat (1967), was a turning point in the formal and ideological direction of his works. In 1967, Ngũgĩbecame lecturer in English Literature at the University of Nairobi. He taught there until 1977 while, in-between, also serving as Fellow in creative writing at Makerere (1969-1970), and as Visiting Associate Professor of English and African Studies at Northwestern University (1970-1971). Ngũgĩ ’s books have been translated into more than thirty languages and they continue to be the subject of books, critical monographs, and dissertations. Paralleling his academic and literary life has been his role in the production of literature, providing, as an editor, a platform for other people’s voices.