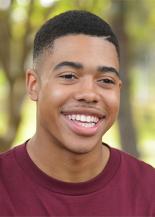 Jordan Bentley, who majors in business information management, had a feeling UCI would be the perfect fit, but the Los Angeles resident held off on making a decision to be sure he wasn’t just caught up in the excitement of being accepted. After attending iRISE, an overnight program in which newly admitted students explore the campus and experience UCI’s strong minority community, he immediately submitted his intent to register. Bentley, an entrepreneur with his own clothing company, Hypland, says UCI was his first choice because of its respected business school, student diversity, and easily approachable faculty and staff. Though there were many factors that “sealed the deal” for Bentley, he said he was drawn to the campus because he saw an opportunity to get plugged in and build strong bonds with his peers and professors He’s also a second-generation Anteater – his aunt and uncle are alumni. 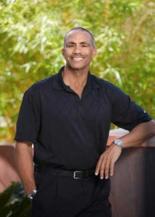 Kenneth W. Bentley is vice president of Nestlé USA, Inc and is responsible for the community affairs, educational programs, the Nestlé USA Foundation and workforce diversity. He received his B.A. from the UCI and M.A. in Management from the University of Redlands. In 1988 the trustees of Lane College in Jackson, Tennessee awarded Bentley an Honorary Doctorate in Humanities. Bentley began his business career as a sales representative for Xerox Corporation in 1973. Among his many professional awards are six Bronze Quill Awards from the International Association of Business Communicators, Five Prism Awards from the Public Relations Society of America and seven CEB.A. Awards of Excellence from the World Institute of Black Communications. In addition, Bentley has received the UCI Distinguished Alumni Award, NPCL “Spirit of Fatherhood” Award. In 2001, former California Governor Gray Davis appointed Bentley to the Board of the Baldwin Hills Conservancy and was reappointed by Arnold Schwarzenegger in 2007. In 2006, Los Angeles County Supervisor Yvonne Burke appointed Bentley to the Board of Governors of the Natural History Museum of Los Angeles County. Additionally, he is a member of the board of directors of the NAACP’s Crisis Magazine, Advocates USA, Harold Pump Foundation, Reading Is Fundamental, and the Arthur Ashe Learning Center.