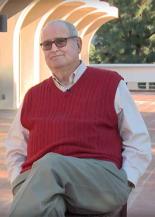 William L. Pereira, Jr. was a correspondent in the Los Angeles bureau of Newsweek from 1961 to 1965. In the mid sixties, he co-founded Air California (AirCal), an intrastate airline. From 1966 to 1975 he owned and operated Pereira/Vineyard, the largest advertising agency in Orange County (California). From 1972 to 1986 and with his wife Susan, he created and operated Pereira Arabians in Santa Ynez, California. Mr. Pereira was Managing Partner of Diamond Sports, headquartered in Boise, Idaho, from 1988 thru 2004. Mr. Pereira owned the Boise Hawks (1988-2001), an affiliate of the Anaheim Angels; and the El Paso Diablos (1997-2005), the AA affiliate of the Arizona Diamondbacks. From 1993 thru 1998 he owned and founded the Sioux City Explorers, a member of the independent Northern League. Mr. Pereira owned KTIK-AM Sports Radio (Boise), Idaho’s largest sports station, from 1993 thru 2003. He was named Headliner of the Year - Business by the Orange County Press Club in 1967. In 2000, he received the Joe Martin Award for outstanding contributions to baseball by the Northwest Baseball League. Mr. Pereira is a former trustee of the UCI Foundation and is a current trustee of the Nevada Museum of Art and the Reno Philharmonic Orchestra. He earned a B.A. degree in political science from Stanford University in 1959 and completed the Program for Management Development at Harvard Business School in 1965. Mr. Pereira maintains homes in Reno, Nevada, and Scottsdale, Arizona. His wife, Susan, passed away in 2015. They have 5 grown children and 9 grandchildren and 1 great grandchild. His father is famed architect, William L. Pereira.