Robert Cohen is now emeritus Claire Trevor Professor of Drama at UC Irvine. Cohen was the founding chair of the department, serving fifty years thereafter as a teacher, director, playwright, translator, drama critic, acting theorist and prominent author. Born in Washington DC, Robert studied at Dartmouth College and UC Berkeley, and received his Doctor of Fine Arts from the Yale School of Drama. He has since directed over a hundred productions at UCI, at the Utah and Colorado Shakespeare Festivals, and at regional professional theatres in New York, Los Angeles, Boston, Richmond and San Francisco; he has also given invited acting classes, lectures and workshops around the world. He has published eleven works, with several in multiple editions. He has also published translations of classical plays, two anthologies of world-famous plays, nine plays of his own, thirty-five journal essays, four hundred-plus theatre reviews, and a personal memoir entitled Falling Into Theatre – and Finding Myself. Robert has been honored with the UCI Medal, the UCI Claire Trevor Professorship and Bren Fellowship, the Career Achievement Award from the Association for Theatre in Higher Education, the Honoris Causa degree at Babes-Bolyai University in Romania, the Polish Medal of Honor, and the UCI’s Distinguished Faculty Award for Research. Now retired, Robert lives in Laguna Beach, California, with his wife, Lorna, and participates periodically in UCI discussions, seminars and theatrical activities. 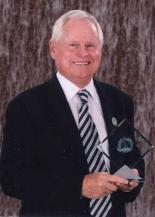 Spencer Olin is a founding faculty member at UCI, having joined the Department of History the year the campus opened in 1965. In subsequent years he served UCI in a number of capacities, including Acting Vice Chancellor for Student Affairs, Chair of the Department of History, Chair of the Academic Senate, Dean of Humanities, Acting Executive Vice Chancellor, and Acting Director of the Program for Global Peace and Conflict Studies. A specialist in the history of modern America and of California history, Olin is the author, coauthor, and editor of six books and anthologies and many articles ranging across such topics as reform movements, race relations, politics, the causes of international conflict, and the nature of metropolitan development. In recognition of these various accomplishments, Olin received the Daniel G. Aldrich Distinguished Service Award and, in 1998, the UCI Medal. For 2004-2006 he served at the recommendations of Chancellors Ralph Cicerone and Michael Drake as Edward A. Dickson Emeritus Professor. In 2006, as well, he was recognized by the UCI Alumni Association with its highest honor, the annual Extraordinarius Award. Olin is now retired and lives in Irvine with his wife, Rita Olin, also retired from UCI as a financial analyst.