Frank LaFerla is the Dean of Biological Sciences. He is a Chancellor’s Professor in the Department of Neurobiology and Behavior, where he served as the chair from 2010-2013, and is the former Director of the Institute for Memory Impairments and Neurological Disorders, (UCI MIND).  LaFerla’s research focuses on understanding the pathogenesis of Alzheimer disease, the most common form of dementia. His scholarly work has had a global influence on the field, as some of the models he has generated have been distributed to over 150+ researchers in over 20 countries throughout the world and he has published close to 200 original peer-reviewed articles. He has received several honors for his research accomplishments including the Ruth Salta Junior Investigator Achievement Award from the American Health Assistance Foundation, Zenith Fellows Award from the Alzheimer Association, Distinguished Mid-career Faculty Research Award, Promising Work Award from the Metropolitan Life Foundation for Medical Research, and was elected as a Fellow to the American Association for the Advancement of Science and the American Neurological Association. 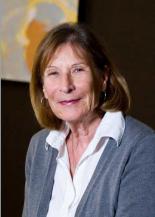 Susan V. Bryant is a retired faculty member and Research Professor in the School of Biological Sciences, where she began as an Assistant Professor in the Department of Organismic Biology (now Developmental and Cell Biology) 1969. Her research is in regeneration in vertebrates. In addition to research and teaching, over the years she has served in several administrative roles at UCI: Department Chair; Dean of Biological Sciences; Principle Investigator of the UCI ADVANCE program, Vice Chancellor for Research, and Interim Executive Vice Chancellor. She served for over a decade as UCI's founding representative on the Independent Citizen's Oversight Committee for the California Institute for Regenerative Medicine (California Stem Cell Agency). Most recently she was founding Editor-in-Chief of the first-ever journal devoted to solely to regeneration research: Regeneration, published by Wiley.