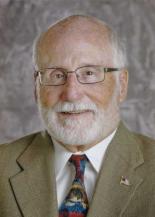 Irvine’s first city manager, William “Bill” Woollett, Jr., may hold the record as a founding administrator for California cities: he helped found four cities and Irvine was his third when he was hired in January 1972. Woollett, 82, lives near Irvine City Hall with his wife of 16 years, Betty Jo, who serves on the Irvine Senior Citizens Council. They had two children each before they were married; there are eight grandchildren. Woollett was raised in Los Angeles, did his undergraduate work at Occidental College and Master’s program at Cal State Los Angeles. A veteran of World War II and the Korean War (activated with the National Guard, he was wounded in Korea and lost an eye), he returned stateside and worked for Los Angeles County and Pasadena. He became City Manager of brand-new Rosemead at age 29, then City Manager of brand-new Temple City. He also was City Manager of Monterey Park. Before he was hired by the City Council of brand-new Irvine, where he served until October 1989, Woollett was vice president/general manager for the company that first developed the coastal, 14,400-acre Hollister Ranch near Santa Barbara. From Hollister Ranch, he was hired to Irvine. In 1990, he became CEO of Orange County’s Transportation Corridor Agencies and was founding City Manager of brand-new Aliso Viejo in 2001. Irvine’s competitive pool complex is named for him – William Woollett Jr. Aquatic Center. 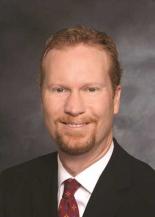 Sean Joyce has been a California city manager since 1993. Following successful stops in Sierra Madre and South Pasadena, Sean has served as Irvine’s City Manager since January 2005. In contrast to his previous positions managing built-out bedroom communities, Irvine is a 66-square mile city of more than 250,000 residents located in central Orange County. Irvine is recognized as one of America’s safest and most successful master-planned urban communities. Sean is a product of Irvine’s public schools; he first came to Irvine with his family in 1971. Sean and his wife of 27 years and fellow Cal State Fullerton graduate, Veronica, live in Irvine with their daughter, Madeline. Sean was the 2007 recipient of the Irvine Valley College “Alumni of the Year” award and in 2009 received the League of California Cities’ “Advancement of Diverse Communities” award. He holds a B.A. in Political Science and a Master’s degree in Public Administration from California State University, Fullerton.