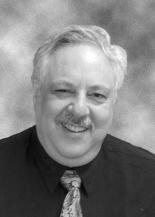 Sidney Golub received his B.A. from Brandeis University, his Ph.D. in microbiology from Temple University School of Medicine, and was a Damon Runyon Memorial Fund Postdoctoral Fellow at the Department of Tumor Biology of the Karolinska Institute in Stockholm, Sweden where he studied tumor immunology.  Golub was appointed to the faculty of the UCLA School of Medicine in 1971 where his research focused on the functions of the immune system in cancer patients. Golub has published over 150 items, including over 100 peer reviewed scientific articles, and holds several patents. He was awarded the Jonsson Prize for Cancer Research in 1991. In his administrative career,  Golub served for 6 six years at UCLA as an Associate Dean of Medicine and then for more than two years as Interim Dean of the UCLA School of Medicine. From 1994 to 1998 Golub he was the Executive Vice Chancellor at UCI where he was the campus chief academic and operating officer. From 1999 to 2003, Sidney Golub served as the Executive Director of the Federation of American Societies for Experimental Biology (FASEB) in Bethesda, MD.  Golub retired from FASEB in 2003 to return to UCI where he focused on issues of science policy and research ethics. He currently directs the clinical research ethics unit of the UCI Institute for Clinical and Translational Research and chaired the UCI Human Stem Cell Research Oversight Committee since its inception in 2005 until 2013. He also served on the UCI Institutional Review Board (IRB) overseeing clinical research. In 2013,  Golub was appointed as the Interim Director of the Sue & Bill Gross Stem Cell Research Center at UCI.  Golub served on the Board of Trustees of Smith College of Northampton from 2003-2013 and chaired their committee on Academic Affairs. He is married to  Judith Golub and they have one son and two grandchildren. 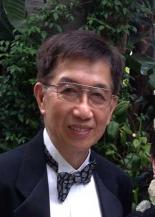 Frederic Wan received his B.S. (1959), MS (1963) and Ph.D (1964) degrees in mathematics from Massachusetts Institute of Technology (MIT) with three years between his first two degrees concurrently as a research staff member at the MIT Lincoln Laboratory. In 1995, he moved to UCI as Vice Chancellor for Research and Dean of Graduate Studies. He resumed full-time faculty status in 2000 and served as the founding Director of the Interdisciplinary Gateway Graduate Program in Mathematical and Computational Biology (MCB) from 2007 to 2013 and of the MCB for Undergraduate program from 2011 to 2016. Since 2002, his research on mathematical biology has been supported by the National Institute of Health (NIH) and the National Science Foundation (NSF). In recognition of his contribution to applied mathematics, science and engineering, Professor Wan was elected a Fellow (and President) of the American Academy of Mechanics (AAM) in 1982 (1992-93), the American Society of Mechanical Engineers (ASME) in 1988, the American Association for the Advancement of Science (AAAS) in 1994, and the Society of Industrial and Applied Mathematics (SIAM) in 2011. Frederic Wan was born in Shanghai, China to a Chinese American mother Olga Jung Wan and a Chinese Vietnamese father Wai-nam Wan in 1936.