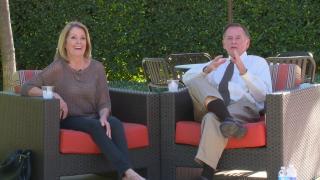 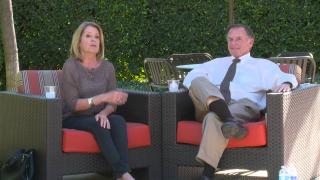 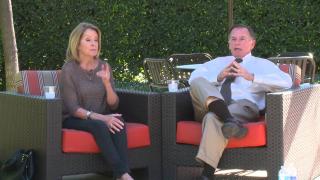 Sally Petersen and Randy Lewis - UCI During the Early Days 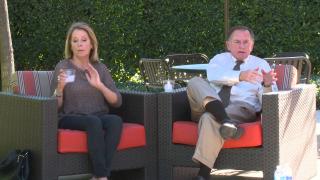 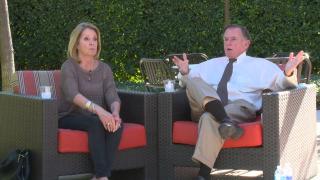 Sally Petersen and Randy Lewis - Programs in the Early Years 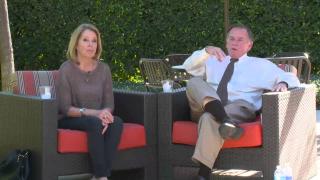 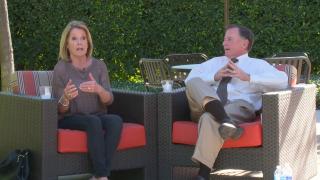 Sally Petersen and Randy Lewis - Being Part of a Legacy 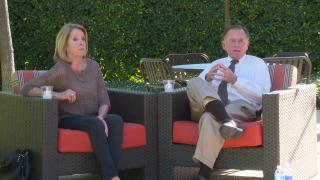 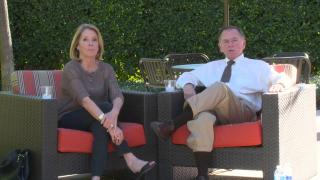 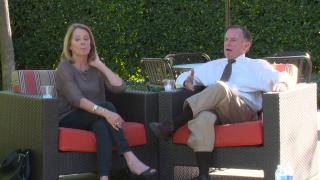 Lewis recalls the first time he met Sally, and trying to recruit her to UCI.

Petersen recalls the day she came to "visit' UCI, which actually ended up as an interview for a job at the university.

Sally Petersen and Randy Lewis - UCI During the Early Days

Petersen and Lewis comment on what it is like at UCI during their early days. Petersen describes it was a " growing new campus ... we weren't specialists ..."

Petersen recalls Dan Aldrich. They reflect on how the UCI community addressed a need for a multicultural center on campus. They comment on chancellor Aldrich's influence in the establishment of the Cross Cultural Center and how student groups had "strength in number."

Sally Petersen and Randy Lewis - Programs in the Early Years

Lewis recalls the campus when he first came and the filming of Planet of the Apes. Petersen comments on the programs that started in the early years. She notes, "... Risks were rewarded..."

Lewis tells a story about students streaking on campus in the 1970s.

Sally Petersen and Randy Lewis - Being Part of a Legacy

Lewis comments on being part of a legacy.

Petersen and Lewis comment on the vison for student affairs.

Sally Petersen and Randy Lewis - UCI is a Unique Opportunity

Lewis comments on how working at UCI was a unique opportunity. 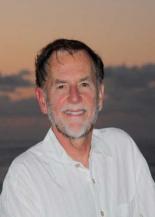 Randy Lewis retired from his position as Executive Associate Dean of Students in the Dean of Students Office at UCI in 2006. He came to UCI from California State University, Northridge in 1970, where he also worked in the Dean of Students office. At UCI, Randy had management oversight for club and organization advising, community service programs, fraternity and sorority relations, new student orientation, student leadership development programs, and university open house activities (Celebrate UCI). He also oversaw the operations of the Cross-Cultural Center, Campus Assault Resource Program, and the Lesbian, Gay, Bisexual, Transgender Resource Center. Upon his retirement from UCI, the annual All-University Leadership Conference was named in his honor. This program is now in its 32nd year. During his UCI and post-UCI career, Randy held administrative posts on seven voyages with Semester at Sea, an international education program affiliated with the University of Virginia. Randy holds a B.A. in History from UC Santa Barbara and a M.A. in Higher Education Administration from the University of Illinois. 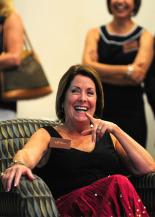 After 35 years at UCI, Sally Peterson retired from her official job as dean of students, assistant vice chancellor of student affairs — and, unofficially, university den mother, cheerleader, enforcer, negotiator, coach and mentor. During her tenure, Peterson played a major role in campus life, initiating activities, programs and policies that helped UCI's student affairs office become a model for other universities. A Web tribute and campus celebration were staged in Peterson's honor.