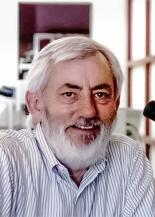 Peter J. Bryant is a Director within the Develop of Biology Center and Professor within the Department of Developmental and Cell Biology at UCI. The main objective of his research is to understand how cell proliferation is controlled during development, and how genetic mutations lead to growth abnormalities and cancer. He is investigating the functions of gene products required to promote cell proliferation in the imaginal discs during larval growth, as well as the gene products required for shutting down cell proliferation at the end of the growth period. He works with students and local environmental organizations to photo document and monitor local biodiversity, emphasizing terrestrial invertebrates (insects and spiders), and marine invertebrates (zooplankton). Projects include field studies of the distribution, seasonality and abundance of these animals, as well as studies of their life cycles. The resulting data are being used to build a comprehensive web site showing the diversity, life history, ecological roles, and conservation issues concerning these animals as well as plants and other organisms. 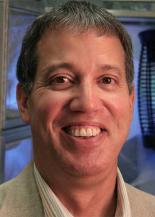 Anthony A. James, Ph.D is Distinguished Professor of Microbiology & Molecular Genetics (School of Medicine) and Molecular Biology & Biochemistry (School of Biological Sciences) at UCI. He is a member of the National Academy of Sciences.  James received his B.S. and Ph.D degrees at UCI. He went to Boston in 1979 for postdoctoral work (Harvard Medical School and Brandeis University) and joined the faculty at the Harvard School of Public Health in 1985. He returned to his alma mater in 1989, where he is today.  James is working on vector-parasite interactions, mosquito molecular biology, and other problems in insect developmental biology. His research emphasizes the use of genetic and molecular-genetic tools to develop synthetic approaches to interrupting pathogen transmission by mosquitoes. He is the principal investigator on multiple grants from the National Institutes of Health and, in 2005, received an award from the Grand Challenges in Global Health initiative to develop genetic strategies for control of dengue virus transmission. His research also has been supported by the Burroughs-Wellcome Fund, the John D. and Catherine T. MacArthur Foundation and the W.M. Keck Foundadtion. He was named a Fellow of the Royal Entomological Society of London (1992), Fellow of the American Association for the Advancement of Science (1994), Fellow of the Society, Entomological Society of America (2011) and Fellow of the American Society of Tropical Medicine and Hygiene (2012). In 2009, he was awarded the UCI Medal. He has published over 170 papers, reviews and policy documents and has provided guidance to 34 graduate students and postdoctoral fellows.

Search for "Anthony A. James"