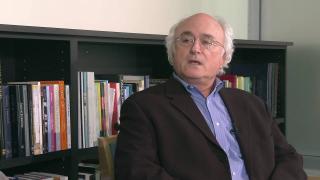 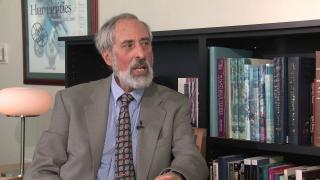 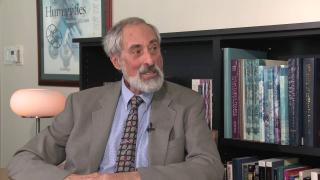 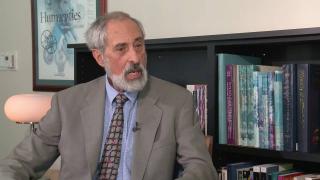 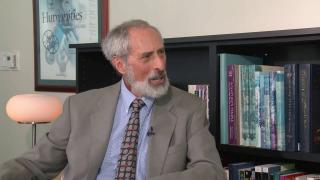 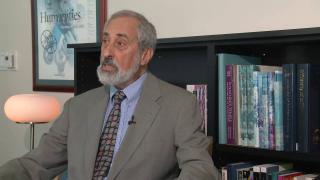 Oral History video between Robert Folkenflik, Professor Emeritus, School of Humanities, and Michael Clark, Interim Provost and Executive Vice Chancellor, and Professor of English.Clark’s previous positions include Senior Vice Provost for Academic Planning, Interim Dean of the School of Humanities, Chair of the Department of English and Comparative Literature, and Director of the Humanities Core Course. He received his Ph.D. from UCI in 1977. 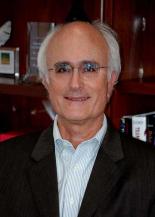 As an alumnus, professor of English, department chair of English and Comparative Literature, dean, vice provost and provost, Michael P. Clark strove to build the reputation of UCI as a distinguished national research university. He taught at the University of Michigan before joining the faculty at UCI in 1983. He began his professional career at UCI as a member of the English department, where he earned his doctorate. Clark is a highly respected scholar of early American literature, literary theory, contemporary U.S. fiction and popular culture, as well as an ongoing champion of scholarship and leadership. Some of his publications include Revenge of the Aesthetic: the Place of Literature in Theory Today, Jacques Lacan: An Annotated Bibliography, Michel Foucault: Tool Kit for a New Age, and The Eliot Tracts. He has played key roles in creating new academic programs in nursing, pharmaceutical sciences, education and statistics. Known for his high level of integrity, calm demeanor, and thoughtful consensus building, Clark has earned the Extraordinarius Award, which honors an individual who exemplifies the spirit and purpose of UCI. He has served on the editorial board of Early American Literature and Pacific Coast Philology. 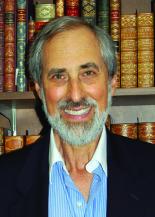 Robert Folkenflik, Edward A. Dickson Emeritus Professor of English (Ph. D., Cornell), came to UCI in 1975 after teaching at the University of Rochester. He publishes mainly on eighteenth-century narrative (biography, autobiography, the novel), on Book History, and on the relations of literature and art (portraiture of authors, book illustrations, aesthetics). He has published several books including editions of Swift, Sterne, and Smollett, as well as numerous articles. He has held Fellowships from the British Academy, NEH, the Guggenheim Foundation, the Rockefeller Foundation (Bellagio), the Huntington Library, the Mellon Centre for British Art, ACLS. He has served as a Visiting Professor at the University of Konstanz and Claremont Graduate University, Visiting Scholar at the University of Barcelona, and was also an Honorary Fellow at University College, University of London. He founded and served as General Editor of Irvine Studies in the Humanities (Columbia University Press, 1986-91; Stanford University Press, 1992-98). With Murray Krieger, he wrote the grant proposal that established the University of California Humanities Research Institute at UCI in 1986.