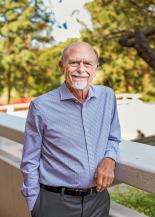 Michael L. Burton is a Professor of Anthropology within the School of Social Sciences at UCI. In 1964, he earned his B.A. in Economics at the Massachusetts Institute of Technology and received his Ph.D in Anthropology from Stanford University in 1968. Professor Burton’s research interests are in the fields of economic and social anthropology, with an emphasis on family and households. His past research topics have included causes and consequences of the sexual division of labor, Maasai concepts of gender and social identity, and Navajo attitudes toward social change. Burton has received academic distinctions, receiving the Stirling Award from the Society of Psychological Anthropology. 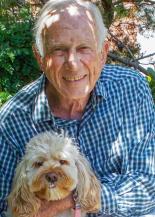 Keith Nelson attended Stanford University 1949-1954 for his B.A. and M.A. in history and was an exchange student (Rotary Scholar) in History and Politics at the Free University in West Berlin 1954-1955. He entered the doctoral program in History at UC Berkeley in September 1957 and received a Ph.D in History in January 1965. He taught as an Associate in Humanities at UC Riverside 1961-1963 and subsequently as an Instructor in History at the University of Texas in Austin 1963-1965, returning to California in 1965 as one of the founding faculty of the Department of History at UCI. He and his family have lived in Orange County since then save for three years (1999-2002) in which he represented the University of California's Education Abroad Program as study center director in both Sweden and Denmark. Nelson's teaching and research interests lie in the fields of American foreign relations, Cold War history, the socio/economic impact of war, and religious studies. He has served the university in many capacities, among them as chair of the Humanities faculty, Associate Dean of Humanities for Undergraduate Studies, Director of the Humanities Core Course, Director of the Center for Peace and Conflict Studies, Director of the Center for International Education, and Director of the Program In Religious Studies. In 2011 he was named UCI Emeritus Professor of the Year and in 2013 was awarded the University's Edward A. Dickson professorship for distinguished service and scholarship. In 2014 the UCI History Department honored him by creating an annual Keith Nelson Lecture in American International Relations. Nelson has authored, co-authored, edited and co-edited numerous historical studies.