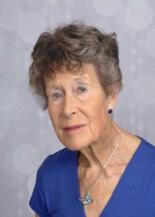 Marjorie Caserio has had a productive career as a researcher, educator, author, and academic administrator. She is an organic chemist by training with M.A. and Ph.D. degrees from Bryn Mawr College followed by eight years of research experience at Caltech. In 1965 she became a founding member of the faculty of UCI and, in the ensuing 25 years, progressed through the tenure ranks, with service to the University through the Academic Senate (1982-1986) and as Chair of the Department of Chemistry (1987-1990). In 1990 she joined the UC San Diego and served as Vice Chancellor of Academic Affairs until August 1995. On October 1, 1995, she was appointed Interim Chancellor, UCSD. In 1975 she was awarded the Garvan Medal of the American Chemical Society for service in the field of chemistry. As an educator, Marjorie Caserio has contributed materially to the teaching of organic chemistry and has coauthored (with John D. Roberts) four textbooks in organic chemistry, a laboratory manual, a problems text and several study guides. As a researcher, she has published over seventy research articles primarily in the area of organic reaction mechanisms. Her specific interests have included elucidation of reaction stereochemistry, mechanisms of organosulfur reactions, and the gas-phase reactions of organic ions with neutral molecules. Since retiring in 1996, she has been active in the Council of UC Emeriti Associations (CUCEA) and is the editor of the CUCEA newsletter. 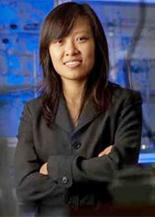 Vy Dong graduated magna cum laude from UC Irvine where she majored in chemistry and completed an honors project with Professor Larry Overman. During her time at UCI, Vy participated in the Campus Wide Honors Program. She also served as tutor in the Department of Chemistry and peer advisor for the School of Physical Sciences. After graduation, she joined David MacMillan's group at UC Berkeley, and then moved with his group to Caltech to complete her doctoral studies. Her Ph.D. thesis featured variants of the zwitterionic-Claisen rearrangement and a total synthesis of erythronolide B. As an NIH postdoctoral fellow, Vy pursued training in organometallic and supramolecular chemistry with Robert Bergman and Kenneth Raymond at Berkeley. She began her independent academic career at the University of Toronto, where she was promoted with tenure and named the Adrian Brook Professor. After six years in Canada, Vy returned to the United States to assume a professorship at her alma mater. Professor Dong's research team is interested in new reaction methods, enantioselective catalysis, and natural product synthesis.