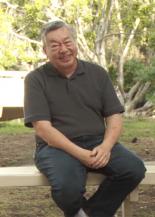 John Liu received has been at UCI since 1985. During his time here, he served as a professor in the Comparative Culture program and was chair of the Chinese American Council of the Historical and Cultural Foundation in 1992 when he curated an exhibit of historical photographs depicting the experiences of Chinese Americans in Orange County. Besides his principal interest in Asian American Studies, his fields of specialization include race/ethnic relations, public policy regarding immigration and economic development, social movements, social theory/methodology and community studies. His current research focuses on the impact of recent immigration on Asian American community development, Asian American populations in Orange County, and comparative Asian immigration to Canada and Australia. He is a Senior Lecturer within Asian American Studies in the School of Humanities as well as Sociology within the School of Social Sciences. Some of his publications include, A Centennial Retrospective of the Asian American Legacy in Orange County, Pacific Rim Development and The Duality of Post-1965 Asian Immigration to the United States, and The Relationship of Migration Research to Asian American Studies: Unity and Diversity within the Curriculum. 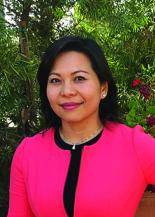 Tu-Uyen Nguyen received her undergraduate degrees in Biology and Comparative Literature from UCI and Masters and Ph.D. degrees in Public Health (Community Health Sciences) from UCLA. She has taught as a lecturer at UCI and UCLA and is now an associate professor in the Department of Asian American Studies at Cal State Fullerton. She has taught and conducted research on Asian Pacific American community health issues for many years, particularly focusing on community-based participatory research on breast and cervical cancer disparities.  Nguyen's research focuses on reducing health disparities by understanding the socioecological influences of culture and ethnicity on the health-related behaviors of medically underserved communities. Her current work includes research on effective cancer education strategies for diverse Asian and Pacific Islander communities; program evaluation using qualitative and mixed research methods; community-based patient navigation; community and organizational capacity building strategies; and linguistic-cultural competency in health promotion programs and health services delivery. Nguyen was a 2005-2006 Fellow of the Cancer, Culture and Literacy Institute at Moffitt Cancer Center in Tampa, Fla. and is currently working on health research grants studying professional interpretation services and curriculum development for patient navigation in Southeast Asian and Pacific Islander communities. She works inspiring leaders and advocates from diverse Asian and Pacific Islander American communities nationwide to develop, implement and evaluate collaborative, community-based participatory programs that produce profound and positive health outcomes.