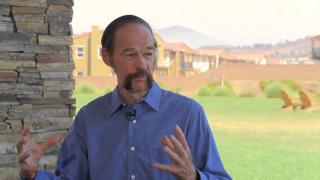 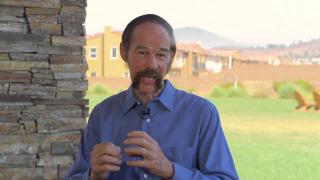 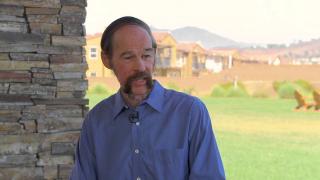 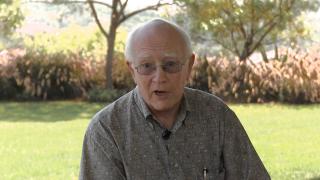 William Parker and James Danziger - Parker on Being Invited to UCI 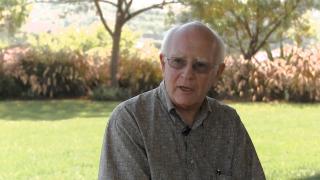 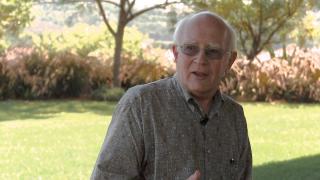 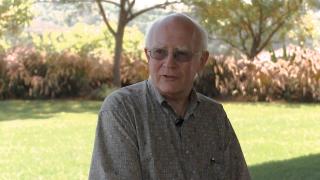 Danziger describes the impact of the additon of the Department of Political Science on the experimental, interdisciplinary School of Social Sciences

Danziger on UCI's rhetoric - being exceptional, need for powerful leadership with vision to become more distinguished

William Parker and James Danziger - Parker on Being Invited to UCI

Parker discusses his experience as a PhD student and being invited to UCI as an assistant professor.

Parker reflects on the early "campus community" feeling in the earlier days of the university.

Parker discusses the need to always be hungry for greatness, that there needs to be motivation to stretch and grow.

William Parker and James Danziger - Student Body and it's Changes

Parker on being here for 47 years and seeing how the student body has changed. 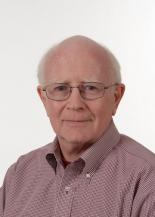 William Parker received his B.A. degree in 1963 from Allegheny College where he was elected to the Phi Beta Kappa honor society, and his M.S. and Ph.D degrees in physics from the University of Pennsylvania.  Parker’s employment at UCI began in 1967 when he was appointed Assistant Professor in the Department of Physics & Astronomy. He was promoted to Professor of Physics & Astronomy in 1976. In that same year he began administrative service when he was appointed half time as Assistant Vice Chancellor for Plans and Programs. His service to the campus continued as Associate Executive Vice Chancellor, under several Executive Vice Chancellors, from 1984 through 2000. He was instrumental in creating the Irvine Campus Housing Authority (ICHA) that is responsible for building the faculty and staff housing community known as University Hills. He served as president of the ICHA from 1983 to 1990. Professor Parker served as the vice chancellor for research and dean of graduate studies from 2000 to 2006 and chair of the Department of Physics and Astronomy from 2007 to 2012.  Parker’s research primarily focuses on the electronic properties of metals, particularly superconductors. He conducted elegant and precise low-temperature laboratory experiments designed to increase our knowledge of the fundamental physical constants. For this research, he received the John Price Wetherill Medal of the Franklin Institute in 1975. His research, teaching and university service have earned him many campus honors and awards. Included among them are the Lauds and Laurels University Service Award, the Lauds and Laurels Extraordinarious Award, the School of Physical Sciences Outstanding Teacher Award (twice), the Academic Senate Daniel G. Aldrich Jr. Distinguished University Service, and the UCI Medal.  Parker married his wife Janice in 1964. They have three grown sons and three grandchildren. 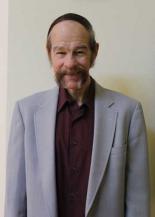 Professor James Danziger arrived at UCI in 1972 as an Acting Assistant Professor and has been an active member of the campus and the community ever since. Born in Los Angeles, he was the first in his family to attend college. After Occidental College, he was selected for a Marshall Scholarship and spent two years studying in England at Sussex University. He then completed his Ph.D. in political science at Stanford University before joining the faculty at UCI. Among other roles on campus, he has served UCI as Dean of the Division of Undergraduate Education, Chair of the Irvine Division of the Academic Senate, Associate Dean of the School of Social Sciences, and Chair of the Department of Political Science. Professor Danziger's primary research focus has been the uses, impacts, and regulation of information and communications technologies on governments and workplaces. He has been Principal Investigator on more than $5 million in research grants. His research won awards from the American Political Science Association and the American Society for Public Administration. A committed teacher, he won every UCI award for teaching, including the first-ever Academic Senate Distinguished Faculty Award for Teaching. His extensive community service, leading to UCI’s Daniel Aldrich Distinguished University Service Award, includes eight years on the Irvine Campus Housing Authority Board of Directors and more than fifteen years coaching and refereeing youth sports. In 2009, for Professor Danziger’s career contributions to teaching, research and service, he received UC Irvine’s highest Alumni Association honor, the Extraordinarius Award.