Jean Hamilton Aldrich (1919 – 2016) was the wife of UCI founding Chancellor Daniel G. Aldrich Jr. She attended the University of Arizona, where she earned the Freeman Award for top female graduate and was honorary captain of the ROTC cadet corps. In 1990, she was honored with the UCI Founders Award. In 2004, she helped host her second U.S. president (the first being Lyndon B. Johnson at the campus dedication in 1964) when Barack Obama spoke at the UCI commencement ceremony. She is survived by her three children – Daniel G. Aldrich III, Elizabeth A. Toomey, and Stuart Aldrich, as well as seven grandchildren and 16 great-grandchildren. 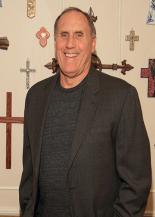 Stuart Aldrich is the youngest of the three children of Chancellor Daniel and Mrs. Jean Aldrich. Aldrich attended the University of Colorado on an athletic scholarship, where he earned a B.S. in Recreation in 1973. In 1975 Aldrich began a 20 year career in the health club industry. In 1996 Aldrich become an executive recruiter for a search firm in San Diego and in 2005 he became an independent recruiter operating as Grace Search International. Aldrich and his wife Jan have a son, Brett, daughter-in-law Debbie, daughter Abigail, son-in-law Jacob and four grandchildren, Grace, Adia, Henry and Emmy.