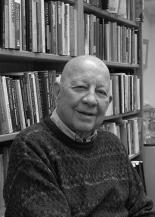 James G. March is Professor (Emeritus) at Stanford University. He received his B.A. from the University of Wisconsin, Madison, and received his M. A. and Ph.D. from Yale University. He holds honorary doctorates from various North American and European universities. He has been a faculty member at Carnegie Institute of Technology, UCI, and Stanford University, holding professorships in psychology, political science, sociology, management, and education. He is best known professionally for his writings on decision making, learning, ambiguity, and organizations. He has also written 12 books of poetry and two films. In the United States, he has been elected to the National Academy of Sciences, the American Academy of Arts and Sciences, the National Academy of Education, the National Academy of Public Administration, and the American Philosophical Society. In Europe, he has been elected to honorary academies in Finland, Italy, Sweden, and Norway, and is a Knight First Class (Norway) and a Commander of the Order of the Lion (Finland). 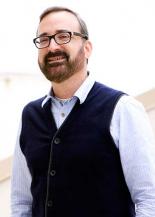 Bill Maurer is Dean of Social Sciences and Professor of Anthropology and Law, UCI. He is the author of How Would You Like to Pay? How Technology is Changing the Future of Money, among many other publications. The Director of the Institute for Money, Technology and Financial Inclusion, funded by the Bill and Melinda Gates Foundation, he coordinates research in over 40 countries on how new payment technologies impact poor people’s wellbeing. His work explores the technological infrastructures and social relations of exchange and payment, from cowries to credit cards. His work has had an impact on US and global policies for mobile payment and financial access, and it has been discussed in venues ranging from Bloomberg Businessweek to NPR’s Marketplace. He was appointed to the Board on Behavioral, Cognitive and Sensory Sciences of the US National Research Council in 2015, recently received a grant from the National Science Foundation for a new project on bitcoin, and consulted with the US Department of Treasury on the redesign of the US $10 bill. He received his B.A. from Vassar College and his M.A. and Ph.D from Stanford University. 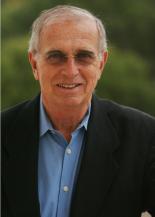 William R. Schonfeld is former Dean of the School of Social Sciences at UC Irvine – a position he held from 1982 until 2002, making him the longest serving academic dean in UCI history. Under his leadership, new departments were created while maintaining the School’s interdisciplinary nature, including cross-departmental, interdisciplinary Organized Research Units – most notably the Institute of Mathematical Behavioral Sciences and the Center for the Study of Democracy. His leadership accomplishments led to his selection as Extraordinarius, the highest honor given by the UCI Alumni Association. During his career at UCI, Schonfeld has been a devoted teacher whose teaching distinction has been recognized both by the UCI Alumni Association (Distinguished Teaching Award) and the Academic Senate (Distinguished Faculty Lectureship Award). He was also awarded the Daniel G. Aldrich Jr. Distinguished University Service Award by The Academic Senate. In addition to UCI, Schonfeld has also taught at UC Berkeley, Sciences Po of Paris, and the University of Paris II. Schonfeld received his B.A. from the University Heights College of New York University, cum laude, Phi Beta Kappa. He studied for a year at the University of Bordeaux, France under the auspices of a Fulbright Fellowship, before returning to the United States for graduate study as a Danforth Fellow. He obtained his M.A. and his Ph.D from Princeton University, where he taught briefly before joining UCI in July 1970. William R. Schonfeld is now retired, but he continues to teach and remain active at UCI; including recent service as Director of the Center for the Study of Democracy and President of UCI’s Phi Beta Kappa Chapter.