Henry Samueli co-founded Broadcom Corporation in 1991 and currently serves as Chief Technical Officer of Broadcom Limited (following the merger of Broadcom Corporation and Avago Technologies Limited in 2016). Broadcom Ltd. is a global leader in providing semiconductor solutions for wired and wireless communications. Samueli helps drive the vision of Broadcom's research and development activities. Since 1985 Samueli has also been a professor in the Electrical Engineering Department at the UCLA, where he has supervised research programs in broadband communications circuits and digital signal processing. He has been on a leave of absence from UCLA since 1995 in order to be at Broadcom full time. Since 2003 Samueli has also been a Distinguished Adjunct Professor in the Electrical Engineering and Computer Science Department at UCI.  Samueli received a B.S., MS, and Ph.D in Electrical Engineering from UCLA in 1975, 1976, and 1980, respectively. He has published over 100 technical papers and is a named inventor in 74 U.S. patents. He was elected a Fellow of the Institute of Electrical and Electronics Engineers (IEEE) in 2000, a member of the National Academy of Engineering in 2003, and a Fellow of the American Academy of Arts and Sciences in 2004. 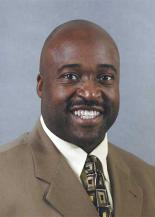