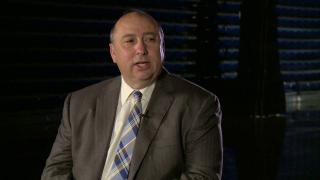 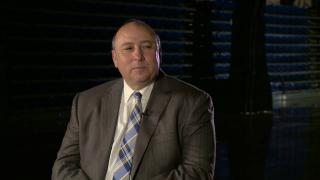 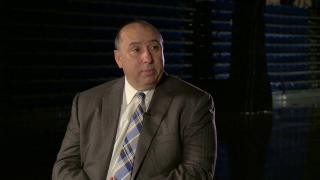 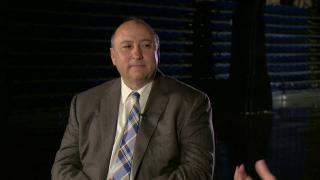 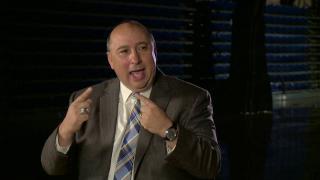 Dan Klatt and Dan Guerrero - Experience at UCI and Referendums 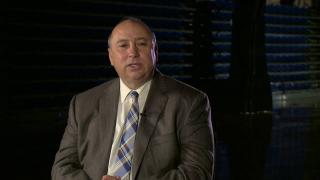 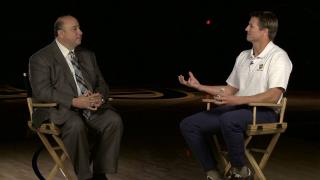 Guerrero on his background including: baseball at UCLA, time spent in Italy where he played baseball for four years, and his early work as a athletic director at Dominquez Hills.

Klatt reflects on his journey to college athletic coaching including being guided to the pool by his father, and UCI's Coach Ted Newland. He comments that the women's water polo coaching opportunity "...brought him back home..."

Guerrero reflects on the state of UCI athletics when he began his job as athletic director. He comments, "When I look back... I started during a challenging time..." and the challenge became "creating a postive situation out of a nagative one..."

Dan Klatt and Dan Guerrero - Experience at UCI and Referendums

Guerrero reflects on his experience at UCI, commenting, "... when you were here, you could always dream about what it could become." He also talks about the referendums passed during his time.

Klatt and Guerrero discuss the referendums and student involvement. Guerrero comments that the return of baseball allowed UCI athletics to "...rise from the ashes..."

Klatt comments on what he would like to accomplish and his coaching philosophy.

Dan Guerrero was UC Irvine’s Director of Athletics from 1992-2002. Guerrero was instrumental in fostering two successful student referendums that helped provide enhanced scholarship funding for all sports and the addition of women's water polo, women's golf, women's indoor track and the reintroduction of baseball. In his final five years, he was the driving force behind $38 million of newly constructed or renovated facilities. These projects included a newly renovated track and soccer complex, a 64-meter competitive swimming pool, a baseball stadium and the Anteater Recreation Center, one of the premier recreation centers in the country. Other highlights included the re-establishment of the UC Irvine Athletics Hall of Fame and the debut of the UCI Varsity Club as well as Community and Youth Programs division. Since 2002, Guerrero has been the Director of Athletics at UCLA. During his tenure, he has guided the Bruins athletic program to 27 national championships in 14 different sports, a national leader. Prior to arriving at UC Irvine, Guerrero oversaw the athletic program at Cal State Dominguez Hills. Guerrero earned a Master’s degree in Public Administration in 1982 from Cal State Dominguez Hills and received his B.A. from UCLA in 1974 while playing second base for the Bruin baseball team for four years. 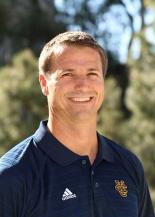 Dan Klatt is entering his 11th season as head coach of the UCI women's water polo team. UCI earned its fourth straight 20-win season in 2014 as well as its fifth Big West regular season title, fifth Big West Tournament title, and third berth into the NCAA Tournament. Klatt earned Big West Coach of the Year honors for the fifth time in 2014 following his ninth consecutive winning season where he tied a program record with 25 wins in 2014 and registering the program's third perfect conference record. The 2014 Anteaters finished sixth in the NCAA Tournament and finished ranked sixth in the national poll, tying its highest mark. The squad spent four weeks at No. 5, the team's highest national ranking. Klatt also serves as an assistant coach with the U.S. Women's National Team and was recently appointed the head coach of the U.S. junior national team. He guided the team to its first ever Gold Medal in the London Olympic Games in 2012. He has also led them to titles in both the FINA Women's World Cup and the FINA World League Super Finals eliminating Australia both times. Klatt was a member of the 2004 U.S. Olympic Water Polo team that competed in the Athens Games. He's been a member of the national team since graduating from UCI in 2001 where he played his college water polo career.