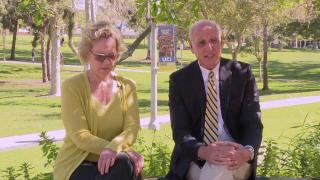 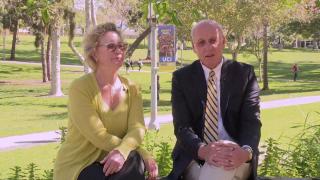 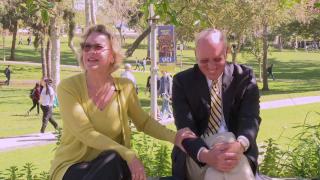 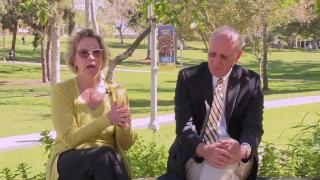 Dan Aldrich and Liz Toomey - UCI as a community

Dan Aldrich and Liz Toomey - UCI as a community 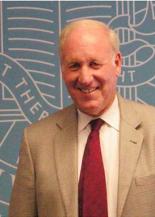 Daniel G. Aldrich III is a Senior Development Associate within the UC Office of the President. He is presently semi-retired from the University of California although he serves in the Office of the President part-time as Senior Development Associate for the UC System. He has served the System professionally for over 30 years and held Senior Administrative positions, at the Santa Cruz, Riverside and Irvine campuses, as well as the Office of the President. He received his B.S. Degree from UC Davis and Masters Cognate in Public Administration and Ph.D. in Educational Administration from UCLA. Aldrich is a Vietnam Era veteran serving on active duty from 1966-68 and then as a Reservist until Honorable Discharge as a Captain. He received the Army Commendation Medal for his Service. Professionally, he has overseen the development of fundraising efforts and helped secure in excess of a half a billion dollars in private support for the University System. He has received professional recognition from his professional association, the Council for the Advancement and Support of Education (CASE) District VII, as its Tribute Award Winner in 1998. He is an active volunteer in his community serving as Past President of the Chamber of Commerce and United Way. He is also active in the local Rotary Club having helped create and manage a high school Scholarship Program that has raised an endowment of over $1 million and has awarded over $700,000 in student scholarships. 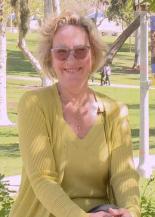 Elizabeth (Liz) Aldrich Toomey is the only daughter of founding Chancellor and Mrs. Daniel G. Aldrich. An alumna of UC Davis and California State University, Fullerton, she was a middle school History and English teacher until her first child was born in 1974. In 1987 she joined the professional staff at UCI as Assistant Director of Alumni. In 1995 she became Director of State Government Relations at UCI and then Assistant Vice Chancellor of Community and Government Relations until her retirement in 2012. Toomey provided leadership for UCI’s relationship with local, state and federal elected officials representing Orange County. On behalf of the University, she was actively involved in the Orange County community serving on a number of boards including The Orange County Business Council, The Orange County Forum, Irvine Chamber of Commerce, American Heart Association, and Girl Scouts of Orange County. She also served as a community advisor to the Orange County Junior League. Toomey has two grown children and four grandchildren. She lives in Laguna Beach, California.