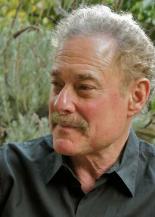 Barry Siegel, a Pulitzer Prize winning former national correspondent for the Los Angeles Times, directs the literary journalism program at UCI where he is a professor of English. He is the author of seven books, including four volumes of narrative nonfiction and three novels set in imaginary Chumash County on the central coast of California. Born in St. Louis and raised in Los Angeles, he edited the student newspaper at Pomona College, where he earned a B.A. in English literature and graduated magna cum laude and Phi Beta Kappa. He then enrolled at the Columbia University Graduate School of Journalism, where he earned a Master’s degree in 1972. He began at the Los Angeles Times in 1976 as a staff writer in the feature section. In 1980 he became a roving national correspondent, pursuing a self-created assignment that involved no fixed beat, no relation to breaking news, and no time or space constraints. His articles have garnered dozens of honors, including two PEN Center USA West Literary Awards in Journalism, the Livingston Award for Young Journalists and the American Bar Association Silver Gavel Award. He won the 2002 Pulitzer Prize for Feature Writing for an article about a Utah man charged with negligence in the death of his son, and the judge who heard his case. In 2003, Barry Siegel left the Los Angeles Times to become founding director of the new literary journalism program at UC Irvine. 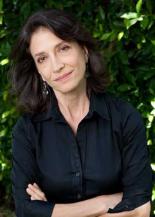 Amy Wilentz is the author of Farewell Fred Voodoo: A Letter From Haiti (2013), The Rainy Season: Haiti Since Duvalier (1990), Martyrs’ Crossing (2000), and I Feel Earthquakes More Often Than They Happen: Coming to California in the Age of Schwarzenegger (2006). She is the winner of the Whiting Writers Award, the PEN Martha Albrand Non-Fiction Award, and the American Academy of Arts and Letters Rosenthal Award, and also was a 1990 nominee for the National Book Critics Circle Award. Her books have been recognized by the New York Public Library, the New York Times Best Books list, and Kirkus Best Books. In 2014, she won the National Book Critics Circle Award for Farewell, Fred Voodoo. Wilentz is the former Jerusalem correspondent for The New Yorker and a long-time contributing editor at The Nation. She has written for The New York Times, The Washington Post, The Los Angeles Times, The Huffington Post, The Daily Beast, Politico, Thompson-Reuters, The London Review of Books, the Los Angeles Review of Books, Time magazine, The New Republic, The Village Voice, and many other publications. She teaches in the Literary Journalism program at UCI, and lives in Los Angeles.